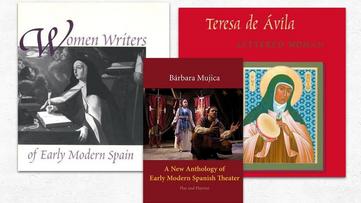 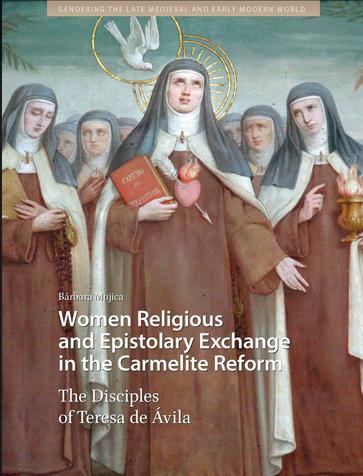 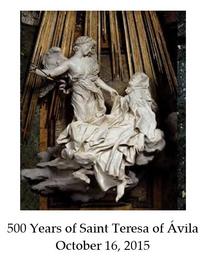 “Going for the Subjective: One Way to Write Biographical Fiction” a/b: Auto/Biography

“Lope de Vega’s El Castigo sin venganza: What Do Readers Know and When Do They Know It?”


“Teresa de Avila: Portrait of the Saint as a Young Woman.” Romance Quarterly 63:1 (2016). [Special issue in commemoration of the fifth centenary of Saint Teresa’s Birth]

Women Religious and Epistolary Exchange in the Carmelite Reform;

The Disciples of Teresa de Avila

selection of both canonical and non-canonical texts.

the book focuses first on translating for the stage, examining diverse approaches to the topic.

It asks, for example, whether plays should be translated to sound as if they were originally

written in the target language or if their "foreignness" should be maintained and even highlighted.

Section II deals with interpretation and considers such issues as uses of polyphony, the relationship

between painting and theater, and representations of women. Section III highlights performance

character. Written by a highly respected group of British and American scholars and theater

practitioners, this book challenges the traditional divide between the academy and stage

practitioners and between one theatrical culture and another.

Teresa de Avila, Lettered Woman
​In 1562, Teresa de Avila founded the Discalced Carmelites and launched a reform movement that would pit her against the Church hierarchy and the male officials of her own religious order. This new spirituality, which stressed interiority and a personal relationship with God, was considered dangerous and subversive. It provoked the suspicion of the Inquisition and the wrath of unreformed Carmelites, especially the Andalusian friars, who favored the lax practices of their traditional monasteries. The Inquisition investigated Teresa repeatedly, and the Carmelite General had her detained. But even during the most terrible periods of persecution, Teresa continued to fight for the reform using the weapon she wielded best: the pen. Teresa wrote hundreds, perhaps thousands, of letters to everyone from the King to prelates to mothers of novices.

Teresa's epistolary writing reveals how she used her political acumen to dodge inquisitors and negotiate the thorny issues of the reform, facing off the authorities--albeit with considerable tact--and reprimanding priests and nuns who failed to follow her orders. Her letters bring to light the different strategies she used--code names, secret routing--in order to communicate with nuns and male allies. They show how she manipulated language, varying her tone and rhetoric according to the recipient or slipping into deliberate vagueness in order to avoid divulging secrets. What emerges from her correspondence is a portrait of extraordinary courage, ability, and shrewdness.

​​This collection gathers together a wide variety of works by Spanish women writers of the Golden Age. In the 14th, 15th and 16th centuries, the cloister was a refuge for women with intellectual aspirations. A few of these women produced biographies of founding sisters, histories of their orders and even poetry and theater. Most of these writings were never published and only now, at the beginning of the 21st century, are researchers beginning to unearth and transcribe them. Barbara Mujica provides an ample introduction to the volume in English, placing early modern Spanish women's writing within the broader context of Europe of the time. The remaining text is in Spanish, and for each of the selections Mujica offers an introduction with biographical and critical information.